You’re Going Where? Living & Teaching English in the Coldest Place on Earth

Almost two years ago, I decided that my life should be one of superlatives.  Best this, most that…that sort of thing. It happened sort of accidentally because of 2016, which was a superlative year for me.  I started out that year by climbing the highest peak on the continent of Africa, then I moved on to living in the country that has the most active volcanoes in the world.  While I was there, I saw three of those active volcanoes and (miserably) climbed a mountain adjacent to one of them, witnessing a minor eruption during my (highly miserable) climb.  During that year, I also visited an island within an island, rode an elephant, circumnavigated the earth for the first time, beheld all sorts of natural beauty and wonder, and found my first ever (and still only) travel soul mate.  You see? A year of superlatives.

Don’t get me wrong, 2016 wasn't all rainbows and unicorns; it was also a year of challenges and craziness.  But even then there were superlative lessons to be learned. The year before that, 2015, was also superlative in its own way, but that's a whole other story.

After two consecutive years of superlativeness, I found myself having the realization that I couldn't live what most of us call an “ordinary” life anymore.  I had spent the previous decades of my life going against my natural inclinations and dreams of an extraordinary life, instead pursuing, achieving, and settling for my society-mandated “ordinary” life.  Having jumped off that track, I was adamantly against getting back on it.

I know, you're wondering where I'm going with this.  Don't worry, I'm getting there.

Almost two years ago when I started looking for my current job, I had no idea that I would end up in the type of place where I now live, but its very superlative nature was the exact thing that attracted me to it, because I no longer wanted ordinary.  And I found that, outside of the frustrations related to my actual job search, which I've already shared with you, the reactions that I got to my decision to move to this superlative place was the second biggest challenge that I encountered during my job search process.  As a recovering people pleaser, I can honestly say that, if I was still dependent on other people's approval and cared what others thought about how I choose to live my life, I absolutely would have missed out on an immeasurable amount of joy, happiness, and amazing life experiences.

But first, a few facts to put things into perspective.

Yakutsk, where I now live and work, is the capital city of the Republic of Sakha (Yakutia) in Russia.  It is, quite literally, almost at the top of the world, it’s partially in the area traditionally known as Siberia, and it's sometimes called the coldest city on earth.  Yakutsk is located less than 300 miles south of the Arctic Circle. To put this in context for myself, I had to process the fact that, Jamaica, where I'm from, is about 146 miles long from west to east, so Yakutsk is less than two Jamaica lengths away from the Arctic Circle.  That’s how close it is.

Yakutia experiences winter conditions for about seven months of the year; even what is considered spring and autumn weather in Yakutia would likely be considered straight up winter in other places. I mean, this year we had our first snowfall on September 9. The average temperature in January, the coldest month, is around -36⁰F (yes, that’s a minus sign) but the average in any year can dip to -44⁰F and the temperature usually goes lower for at least a few days during the winter.

The city is built on a foundation of continuous permafrost – ground that remains frozen – and spends a large portion of the winter blanketed in fog that severely restricts visibility.  Also, the air is so cold during the winter that people try not to stay outside for more than a several minutes at a time, which is why there are small grocery shops located in every other building in town.

Another important fact for you to know is that, typically, Jamaican people hate cold weather.  I have relatives who have been living in New York for more than thirty years who still complain about the cold every winter.  Generally, Jamaicans don't seek out cold places in which to live or even to visit; if they choose to live in or visit some place cold, it's usually because they know someone there.  And finally, Jamaicans tend to travel to places where they already know people or places that are very popular destinations.

I say all of this to set the stage for the reactions that I got when I finally landed my new job in Yakutsk and started telling people where I was going.  By my estimation, only about five people from the entire group of my family and friends probably didn't privately wonder if I was off my gourd when I shared my plans.  To be fair, I think that many of them were eventually genuinely happy for me, encouraging and congratulating me from their hearts. But I also knew that they were wondering if I knew what I’m getting myself into.  "Why do you think so, Kristine?" you’re wondering. Because almost every single person who heard that I was going to Siberia asked me, "Why???  Why would you want to go to Siberia?"  I think they felt low-level worried about my sanity and grasp on reality, thinking that where I was going sounded positively horrible and wondering why on Earth I would want to leave warm and sunny Jamaica behind for such extreme conditions in a place where I knew exactly zero people.  In fact, once person expressed their concern that I was having an early midlife crisis.

My answer to their, "Why?" question was always, "Well, why wouldn’t I want to experience life in such a place?"  Where they saw harsh conditions, I saw the superlative!  Why on earth would I ever let anything stop me from going to such a place?  Why would I pass up the opportunity to experience things and conditions that I’d never encountered before?

My friends thought I was being unrealistic about how difficult living in such conditions would be and that I was taking a Pollyanna approach to the whole thing.  I disagreed. I absolutely knew that it would be difficult and that sometimes I would probably be miserable. I knew that there would likely be challenges in adjusting to life in Yakutsk because of normal culture shock issues, like language and food, plus the unaccustomed weather conditions.  However, I chose not to camp on the difficulties. Every new situation has its challenges so what good would constantly ruminating on them accomplish? Instead, I chose to believe that I would be able to fight my way through those challenges in order to appreciate with my own eyes – with my entire being, in fact – the beauty that must exist in such a place, instead of reading about it in a book or watching it on TV.

Furthermore, I was good and sick of always living someplace hot, since I hate being hot (I know, weird for a girl from the tropics), and I felt that it was time for me to stop complaining about it and act.  Besides, there were three hundred thousand people managing to happily live in the near arctic conditions of Yakutsk. Why shouldn’t I be one of them? They were clearly experts at living there, so all I needed to do was be smart and take their good advice in order to ensure that I stayed warm and safe and able to enjoy and appreciate life in such a superlative place.

And that is exactly what happened.  I ignored the looks and expressions of shock and horror that most people sent my way when they heard about my arctic ambitions; I set my own expectations and attitude ahead of time; and I went about the business of preparing to live in a superlative place and to have superlative adventures.  I've lived in Yakutsk for over fifteen months now, and my two hands are not enough to count the amazing, once-in-a-lifetime experiences that I've already had and still plan to have here.

Please don't take from my story that I'm telling you to go live someplace cold, because you may very well hate the cold.  My sharing of this story is meant to encourage you to not eliminate the possibility of living in those places that may be vastly unfamiliar to you, no matter how crazy people think you are.  The very fact that you’re interested in teaching English abroad means that you have a desire to make an extraordinary life for yourself.

“You’re going where??” people will ask when you tell them where you’re headed.  Grin and tell them again, because superlative adventures may well be waiting for you there. 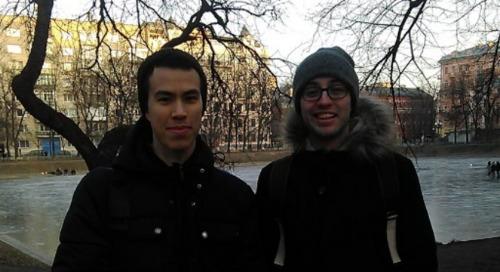 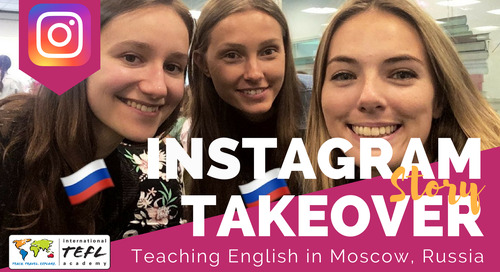 Day in the Life Teaching English in Moscow, Russia with Erica Armstrong

<p>In this video, see what it's like to teach English in Moscow, Russia thanks to ITA alumna, Erica Armstro... 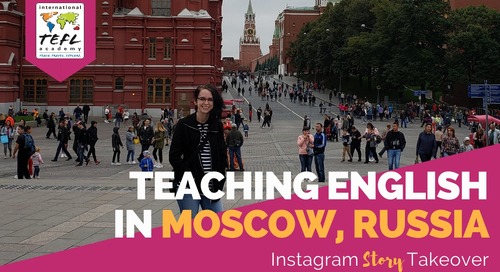 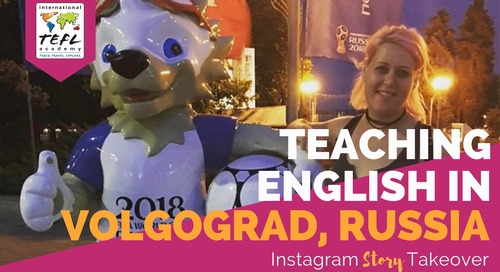 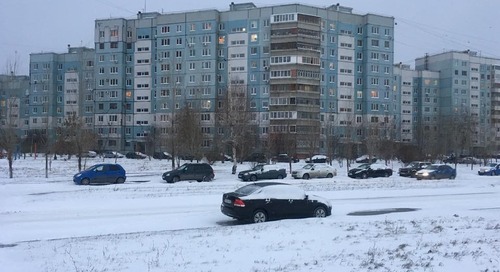 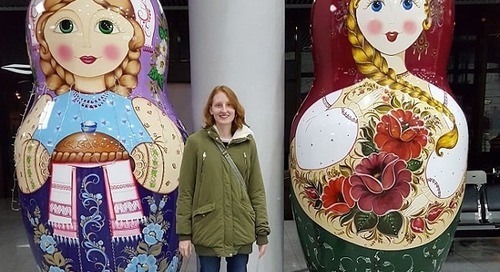 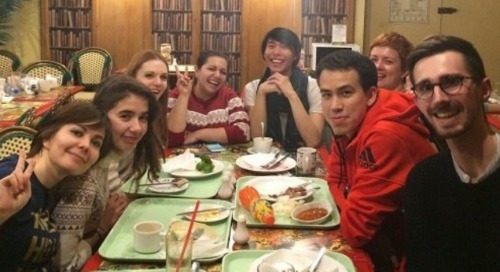 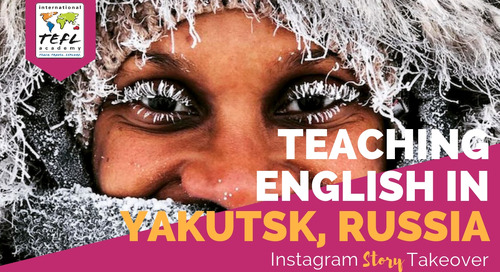 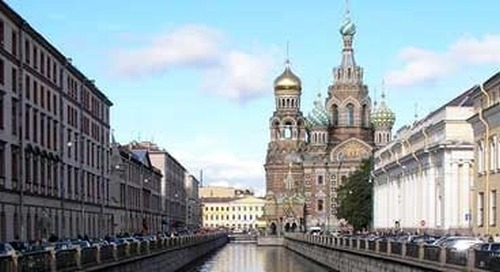 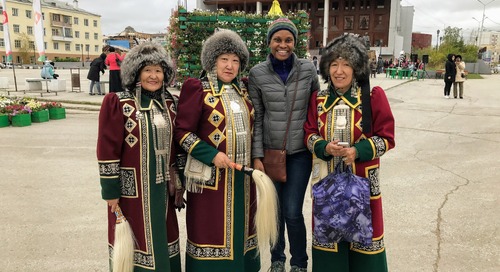 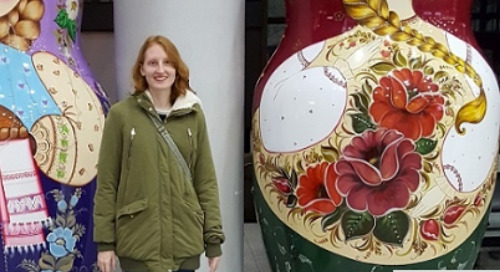 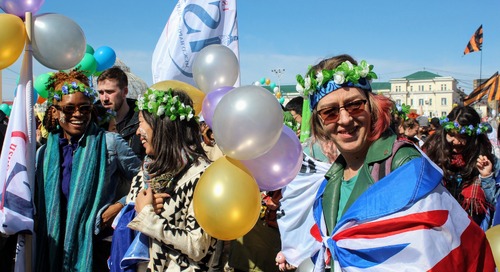 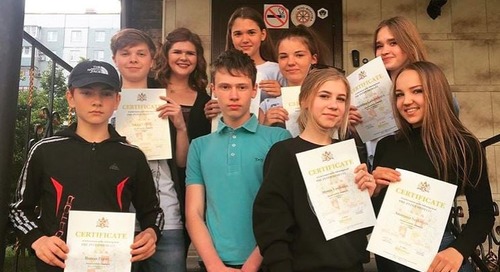 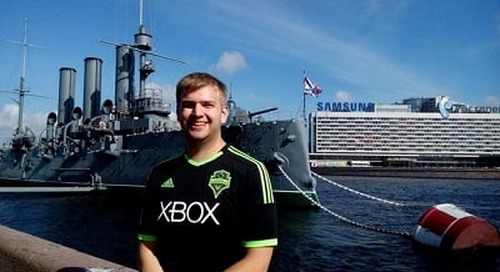 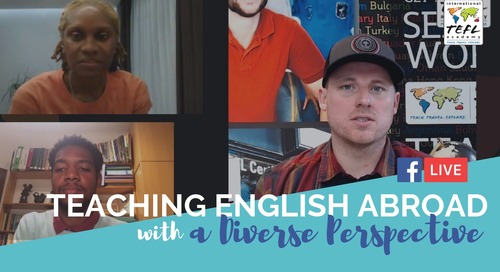 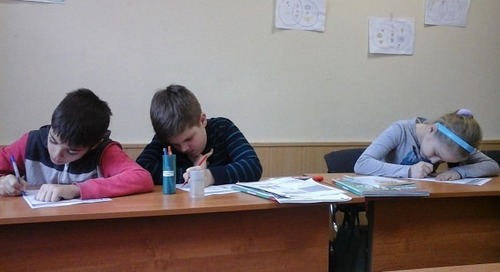 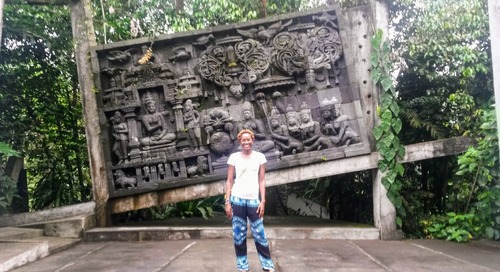 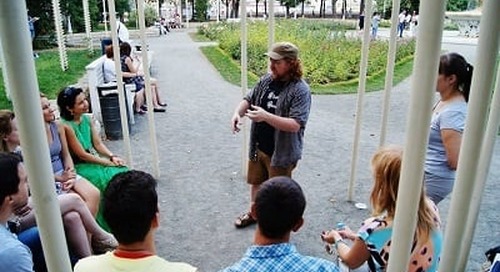 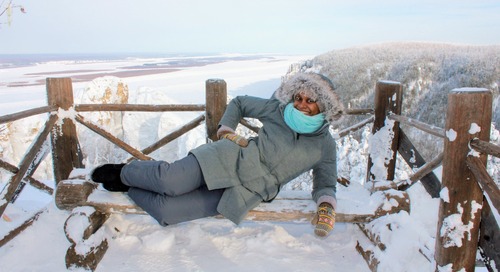 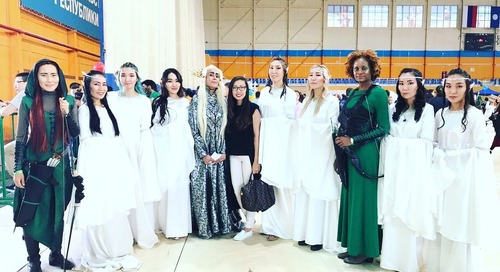